A couple of days ago I returned home from an extensive trip abroad. After getting some needed rest it was time to get back in the home office and start running some updates on my computers. I've got one older Sun Microsystems Ultra-20 workstation which I still use extensively. It's definitely not the fastest machine on the planet, but it gets the work done. 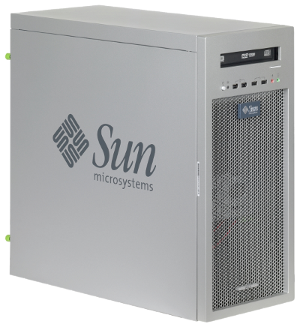 So, turned it on, and... nothing except for the fans. Opend it up and removed the graphics card and raid controller while hooking the screen up to the internal graphics card and it boots fine. Looked at the GeForce 8600GT graphics card, and yes, blown up capacitors... That's what happens when you buy cheap NVidia graphics cards off of Ebay :-) 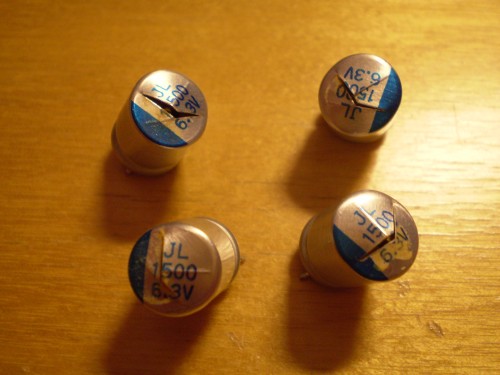 So, if anyone ever comes across this problem, it's just a matter of replacing the capacitors with new ones. I had an old motherboard lying around, so I took them from there. They were a little larger than the original ones, but that's not an issue. They are through hole components, so I didn't even have to get my SMT rework station up and running. Just a simple soldering iron did the trick. 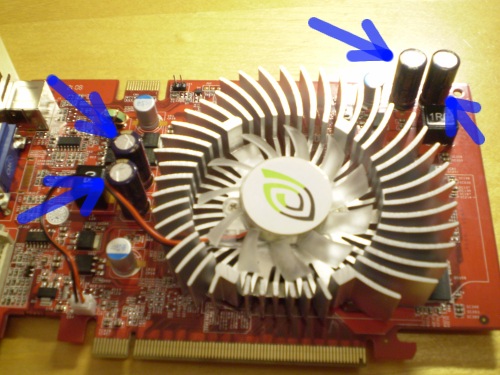 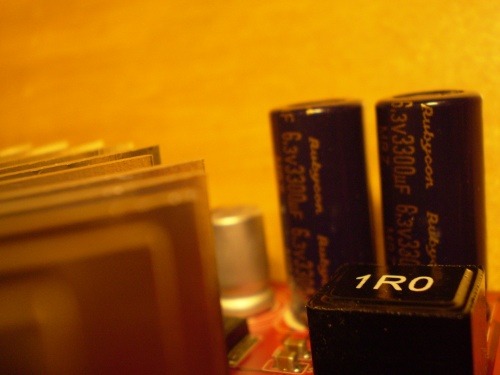 All working fine now - back to work...